by Kacy & Clayton and Marlon Williams 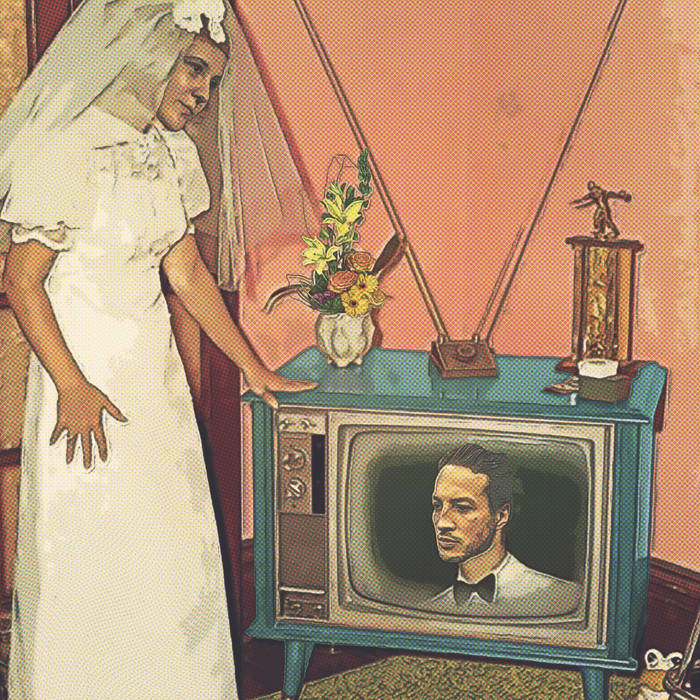 norm tandberg Marlon is one of the best artists from New Zealand and paired with two of the best from Canada, Kacy and Clayton, they produce magic! One of the best releases from 2020! Favorite track: Your Mind's Walking Out.

Every December, Christchurch enjoys the start of summer as Saskatoon begins to freeze over. For as far apart as these places may seem, you would never know it from Plastic Bouquet [New West Records]—the debut collaborative album between Saskatoon duo Kacy & Clayton and New Zealand singer and songwriter Marlon Williams.

Two separate paths united them. Building a discography of five albums since 2011, Kacy & Clayton delivered a pair of critically acclaimed records The Siren’s Song [2017] and Carrying On [2019] produced by Jeff Tweedy of Wilco. Beyond praise from Q Magazine, Uncut, and more, they racked up millions of streams and toured with Wilco and The Decemberists, to name a few.

On the other side of the world, Williams went from performing with his first band The Unfaithful Ways and as a duo with Delaney Davidson, to launching his award-winning solo career. Between his self-titled full-length debut Marlon Williams (2015) and Make Way For Love (2018), he played many of world’s major festivals, toured and performed with Bruce Springsteen, Florence + The Machine, Brandi Carlile and Lorde, and appeared on late-night TV shows CONAN and Later with Jools Holland. Williams has also won multiple New Zealand Music Awards and APRA Awards, and was handpicked by director Bradley Cooper to appear in Academy® Award-winning film A Star Is Born, in addition to roles in True History of the Kelly Gang and upcoming film Lone Wolf.

Now, these three musicians find common ground between a lifelong shared passion for Western country, folk, and troubadour traditions.
“We wanted to see if we could meld hemispheres,” says Marlon. “I’m bringing this Pacific style of country music with the harmonies and choral elements. Kacy & Clayton have a super identifiable sound. They embody everything I love about North American folk. There’s a rural weariness where they’re telling tales that have been told a million times in their own way. I feel the strength in it.”

Kacy sums it up with a smile, “The three of us are just old timey kids.”
While on tour across Europe in 2017, Kacy & Clayton quite literally stopped Marlon in his tracks. As if playing by divine design on Spotify, the pair’s “Springtime of the Year” immediately enchanted him. As soon as the song finished, he checked out their catalogue and fired off a DM.

“When I first heard it, I imagined it was a jam from the sixties that was somehow lost in time,” Marlon remarks. “Then, I found out they were younger than me,” he laughs. “From there, I messaged them and gushingly praised what they were doing. We started chatting and decided to make an album together.”

“Clayton had heard of Marlon,” remembers Kacy. “We knew he was a great musician, and it felt really natural.”

Marlon hopped a flight to Saskatoon for Christmas 2018, and they wrote and recorded the bulk of what would become Plastic Bouquet over the course of just three weeks. They unlocked undeniable chemistry as Marlon underwent a transformation of his own.

“I became a farm boy really quickly,” he chuckles. “I stayed on the ranch with Kacy’s family, and we had a power outage trying to chop wood. It was below 20 degrees and gave me a total shock! I completely jumped in their world. We found a dynamic that worked well, because we all love old Bob Dylan and Merle Haggard and have the same sense of humor. We’re kindred spirits.”

Their connection drives these eleven tracks. The first single “I Wonder Why” pairs creaky guitar and airy slide with a fluttering hook, “You’re fooling ‘round with my heart. I wonder why.” Meanwhile, Kacy’s voice glides over acoustic strumming on “Your Mind’s Walking Out” as Marlon responds with a warm harmony.

On the chorus, she offers an assurance, “Time is on your side, though you’re looking like you’re barely alive.”

“It was pretty honest,” recalls Kacy. “It captures something we were going through."

Clayton’s artful six-string phrasing rings out between Kacy’s robust vocals on the opener “Isn’t It.”

Marlon reveals, “It’s one of my favorites. It’s a country song, but there’s aggression and symbolism to the lyrics. It really resonated with me in an abstract and forceful way, almost like punk.”

Elsewhere, “Arahura” directly reflects Marlon’s roots as it “brings the South to the North” with a Pacific harmonic sensibility, ethereal melody, and slow burning soundscape.

“Arahura is a river in New Zealand,” he says. “There were a lot of wars fought over Pounamu (greenstone). So, the song takes the perspective of the river. I’m wondering why silly humans are fighting over rocks when there are so many at the bottom. This was a chance for us to tell a Pacific story on the album. It’s a special one.”

The bluegrass sway of the title track offsets a sunny singalong with a somber recollection, “He was a good kid, that’s what they say, on the cross by the highway, with a plastic bouquet.”

Kacy adds, “After we wrote that song, my dad got in a car accident by the same spot. He’s okay, but it was eerie. There’s something beautiful and scary about ‘Plastic Bouquet’. It’s kind of like us.”

As “the first song written for the record,” the organ-driven “I’m Unfamiliar” set the tone with its hypnotic hook and lithe call-and-response. Steel guitar rings out on “Old Fashioned Man,” which unfolds with a narrative of its own. “This one features a little male chauvinism, which I felt was funny to put on Marlon,” laughs Kacy. “He sings from the creep’s perspective. I’m glad he was open, because it was a fantastic performance.” Then, there’s “Last Burning Ember.” It spins “a tale of monogamy based on pretty much every marriage I’ve witnessed,” according to Kacy.

Marlon presented his “idea of a Kacy and Clayton song via Lee and Nancy” on the warm “Light of Love.” At the same time, he taps into “that manic feeling when you’re near the end of your rope” on the tense and tight “I’m Gonna Break It.” Everything culminates on “Devil’s Daughter.” Soft acoustic guitar gives way to one last devilishly dynamic duet.
“I had just come through a period where I was trying to write songs with heaps of chords, and it was starting to make me a bit nauseous,” admits Marlon. “Writing this one cleansed the palate and reminded me simplicity is almost always the winner. Same with recording, all live, all wrapped up in two minutes.”

In the end, Kacy, Clayton, and Marlon bring sounds and traditions together on Plastic Bouquet.

“I hope there’s interest in the meeting of two worlds that are really similar, but different at the same time,” concludes Marlon. “It creates this little Ethnosphere that we believe is more than the sum of its parts.”